For Christmas this year, my dear friend gave me a Steam code for Gone Home by The Fullbright Company. I’d heard about this game several times since it was released over the summer, and I wanted to play it, but kept getting distracted by the urge to play another ten hours of Borderlands 2. So when I received the gift, I was excited. Part of me was hesitant as well. I knew it was a game of 90s nostalgia, and some recent not so awesome events have made me miss that time of my life a lot more than I normally do. I was a little worried I’d be crying the whole time. I finally did play it the other day though, and I’m so glad that I did because the game really did make me feel as though I had gone home. 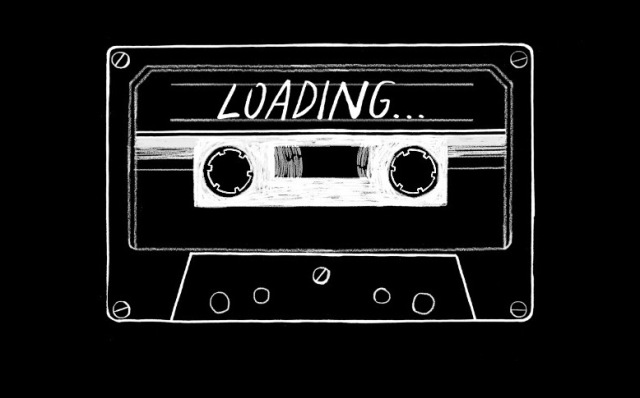 The first thing I saw when I entered the game was a loading screen featuring a mix tape. At that point, I was already hooked. I spent many a night during my teenage years trying to craft the perfect mixtape for myself and my friends. In fact, back then receiving a mixtape was one of the finest gifts in the world, proof that the person who gave it to you really cared about you (and probably that they were trying to send some message to you in the songs they had selected). That just doesn’t exist now, and that makes me feel sad (and old). So I was already smiling as the game loaded up.

A quick summary of the game: It’s the middle of the night on June 7th, 1995 and you’ve come home from a year abroad to a house that your family moved into when you were off having fun in Europe. No one’s home and there’s a crazy storm going on outside, and by the way, this house is super creepy.  Through exploration, you can piece together the story of what’s happened while you were gone.

For the next three hours or so, I explored this house, picking up objects and examining them, reading letters and forms, finding tapes with some thoroughly 90s riot grrrl music on them, discovering secret passages, and best of all, finding the objects that played a voiceover from the younger sister in the game. Those voiceovers were what let me slowly put together what had happened here.

Perhaps it’s because in 1995 I was a 14-year-old girl who played the drums in a riot grrrl band and had an obsession for all things creepy that this game really appealed to me. When I found the bright red hair dye in the bathroom that was clearly supposed to be Manic Panic, I was grinning because of course I had used the exact same color on my hair back then.  And then I found an Ouija board in a hidden compartment in a wall, and it brought back memories of playing with one of those with my best friend, trying to figure out if the guys we had crushes on actually liked us back. A folder in the closet that was clearly supposed to be made by Lisa Frank? Well shit, I had one of those too! And so in its efforts to capture the tone of the 90s, this game was perfect for me, someone who was a teenager in the 90s. 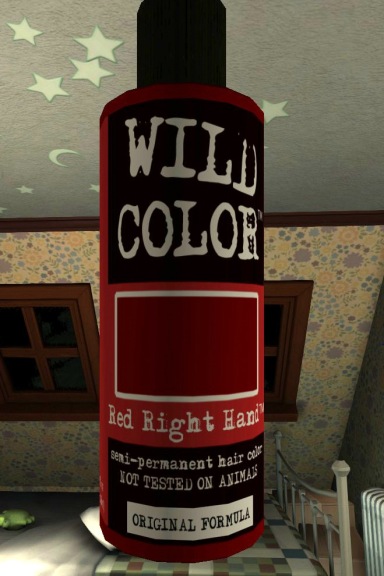 I made my way through the house and discovered the story, and by the time the game ended, my eyes were stinging with tears. The story of the people in that house certainly wasn’t a mirror image of my life, but it made me remember those years and miss them and miss my Pennsylvania hometown and friends.

I went to check Steam afterwards to make sure I hadn’t missed anything (I had), and was generally dismayed by the reactions I read by users there. Despite receiving a lot of critical acclaim and generally glowing reviews, the forum posts written by people who had just finished playing the game were generally negative filled with a lot of “wtf, this game is stupid, it’s not a game at all! I was expecting a horror story!” I feel like those people missed the point.

They are right though, it’s not a game in the traditional sense. It’s an interactive story, and the story is about the world that we actually live in (albeit 20 years ago) not one of fantasy or science fiction. So if you’re expecting to be outrunning zombies or blasting away at aliens or something with a gigantic gun, you’re going to be disappointed. But if you just want to discover a story told in a great atmosphere and you keep an open mind about it, you might love it too.

In fact, my only real criticism of the game is that there was one storyline in it I wish they had done more with. The house is as much a character in the game as the missing family is, and I wish the history of the house had been told with a bit more detail. It would have made exploring  that much more fun. 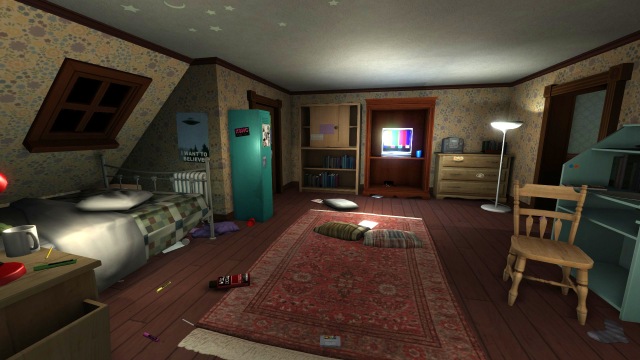 But I have to wonder if most of the criticism is coming from young men in their early 20s who have no frame of reference for where this game came from. I work with a lot of people in their 20s, and while I love all of them, it’s sometimes hard for me to remember that when I was playing drums in that riot grrrl band, they were only about six-years-old, and only really cared about their Power Ranger toys.  The story of the game is a timeless one, but since the setting is what makes it comes alive and it’s definitely not played like a traditional action game, I guess I can understand why some people don’t see the point. I simply think they’re missing out if they don’t put aside their notions of what a game should be to enjoy what this game is.

Overall, I obviously loved this game, even if it did make me feel homesick. I expected that, especially since the best friend I have had since I was 13 is very sick and I wish more than anything that I was back in PA with her. And perhaps that’s part of the reason why this game resonated with me and inspired me as well. I want to make a mixtape, complete with illustrated tape cover for my best friend for her to listen to while she’s recovering and I hope she gets the message of love and hope that I will undoubtedly work into it.

Nostalgia can be dangerous, but it can be hope as well. For that, I’m giving Gone Home 9/10 mixtape masterpieces.

I am a thirty-something woman who loves gaming, technology, graphic design, and being outdoors for activities such as snowboarding and mudrunning. I live in a lovely beach town with my husband and two ridiculous cats. My WoW blog is the-dancing-tree.com